What is Mohs Scale?

You are here:
Home Remodeling 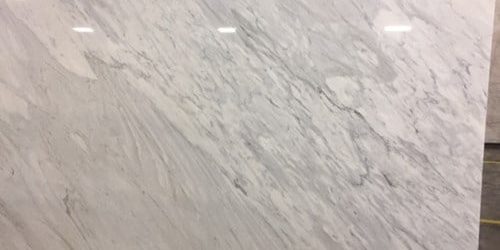 MOHS hardness scale is a measurement scale based on 10 arbitrary minerals numbered from 1 to 10 and is used to measure the hardness of different minerals and objects. In this scale, the hardness is directly equivalent to “the ability to get scratched”.

The ten reference minerals according to the MOHS scale are as follows:

The famous scale of hardness measurement was discovered by Freidrich Mohs who was a German mineralogist in 1812. This technique was based on a rather simple concept of the distinct hardness of different minerals. For this purpose, Mohs used 10 different minerals with varying hardness. These minerals ranged from a very soft mineral such as Talcum to the hardest mineral Diamond having a 10 mark on the scale. All the minerals used in this scale are very common to find and easily accessible except diamond which is costly.

For over 2 centuries this method has been used as an effective way to find the relative hardness of minerals, Geologists and students.

How To Perform MOHS Hardness Test?

The test is conducted by placing and holding the specimen on the top of a table, using one hand. Then make contact with the specimen of reference on the unmarked surface of the mineral to be assessed. After this, press the reference specimen firmly on the unknown one and drag it in a direction away from your body. Move it parallel to your fingers in order to avoid any injuries.

How Do You Get To Know The Hardness Level?

What Are The Key Points To Measure Hardness Levels?

In the MOHS scale, the hardness is considered as the resistance of a mineral to be scratched and the following points are focused on while comparing a reference specimen and an unknown mineral:

Therefore, the MOHS scale is an easy and common method to indicate the comparative hardness of two or more minerals. Although this method does not give an exact indication of the hardness level a close estimation can be of great help for Geologists and students. Visit our website for more factual information related to minerals and stuff!

Can you Cut Directly on a Stone Countertop?
September 29, 2022

Where to use Stone Beyond Countertops?
August 29, 2022

Get Direction For SK Stones USA